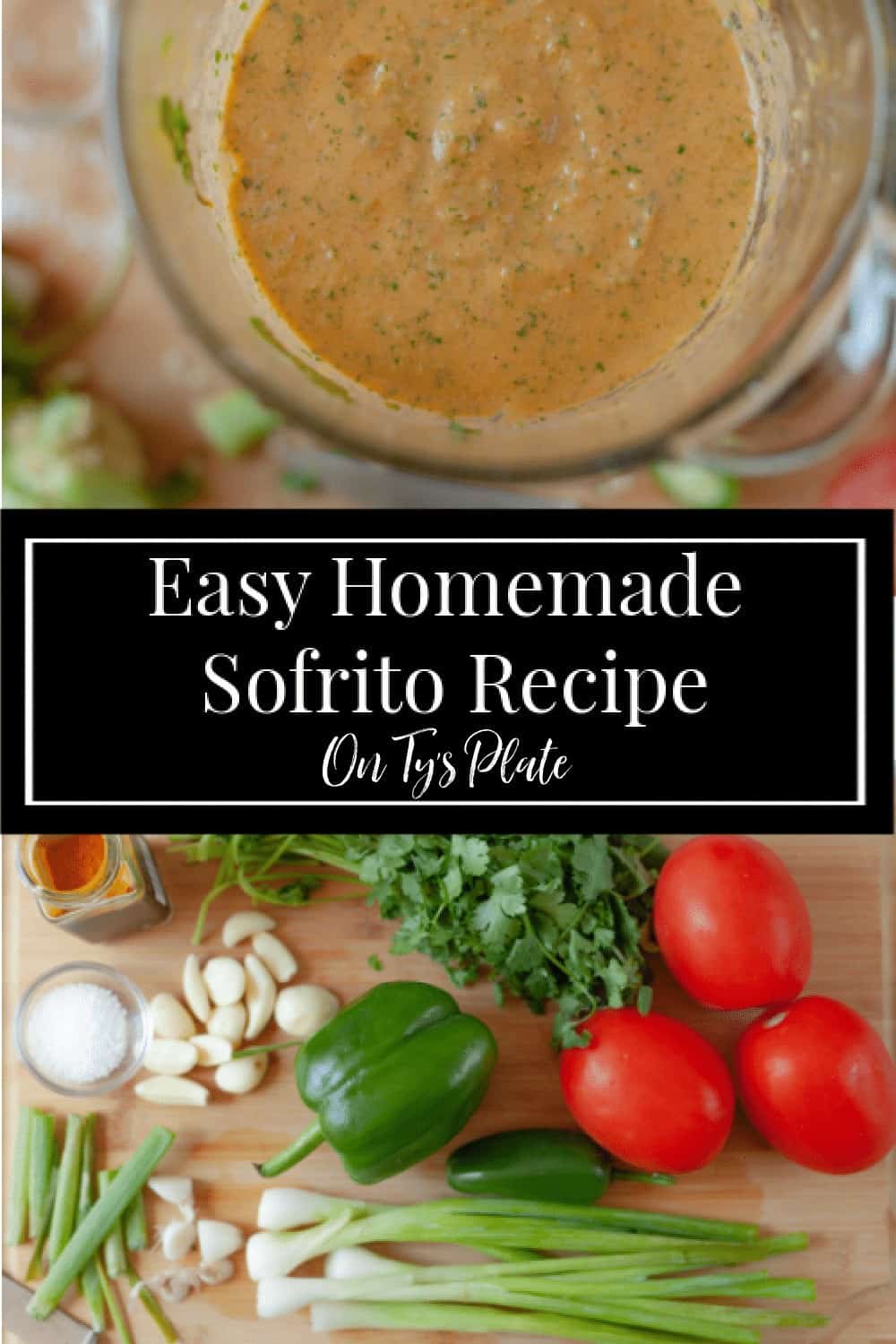 Sofrito is a pantry staple in Latin-American cuisine. It’s used to marinate and stew meats, flavor rice, and season beans.

Sofrito is a sauce made of vegetables and aromatic herbs used to flavor dishes like rice, beans, and meats. It’s used in many cultures and made in a variety of ways. This recipe is inspired by the wonderful flavors of Latin-America. It’s an easy flexible sauce being easily adjusted for taste and available ingredients.

Before I share my version of Latin-America inspired sofrito, I’d like to insert this disclaimer for the lack of authenticity of this recipe. I make no claim to be an authority of the Latin or Hispanic cuisine. To that effect, I would love to offer resources for authentic Hispanic recipes. The first is Coconut and Collards by Von Diaz called. Von fuses her Hispanic heritage with southern-style cooking roots. The second is a food blogger by the name of Marta Rivera at Sense and Edibility. Marta is a trained chef and excellent recipe developer of Puerto Rican cuisine.

The ingredients for sofrito vary by country and by cook. The ingredients for Puerto Rican sofrito will differ from that of Dominican cuisine. However, the base ingredients which include tomatoes, bell peppers, jalapeño, onion, culantro leaves, cilantro, garlic, aji dulce chiles, and even cumin seeds remain consistent across cuisines.

Ingredients like culantro leaves and aji dulce chiles are not indigenous to the US and are difficult to find in many areas so I’ve researched equitable substitutes. Culantro has an intense flavor of cilantro and parsley combined. I’m using only cilantro but to replicate the taste of culantro, use equal part cilantro and parsley if desired. Aij dulce are sweet peppers that resemble habanero peppers. I use green bell pepper as a replacement however, red or orange bell peppers are acceptable

How to make, use, and store homemade sofrito

Remove the roots and most of the green stems from the scallions, then trim and remove seeds from jalapeno if using.

Add all of the ingredients to a blender until smooth. Then gently heat the purée over medium flame in a saucepan before cooking and storing.

I use this sofrito in my Puerto Rican Chicken and Sofrito Yellow Rice recipe but it is amazing in Beef Empanadas and Stewed Chicken.

This recipe makes about 3 1/2 cups of sauce. To store leftover sofrito, pour 1-2 cups into a single quart-size freezer-safe bag. Seal the bag removing extra air. Lay it flat on a baking sheet in the freezer until solid. To defrost, run the frozen bag under warm water; use as normal. 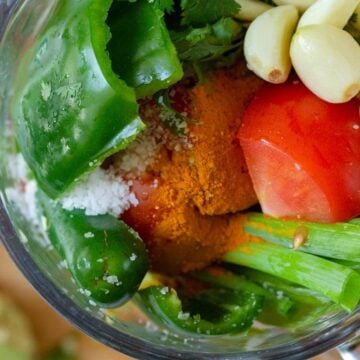