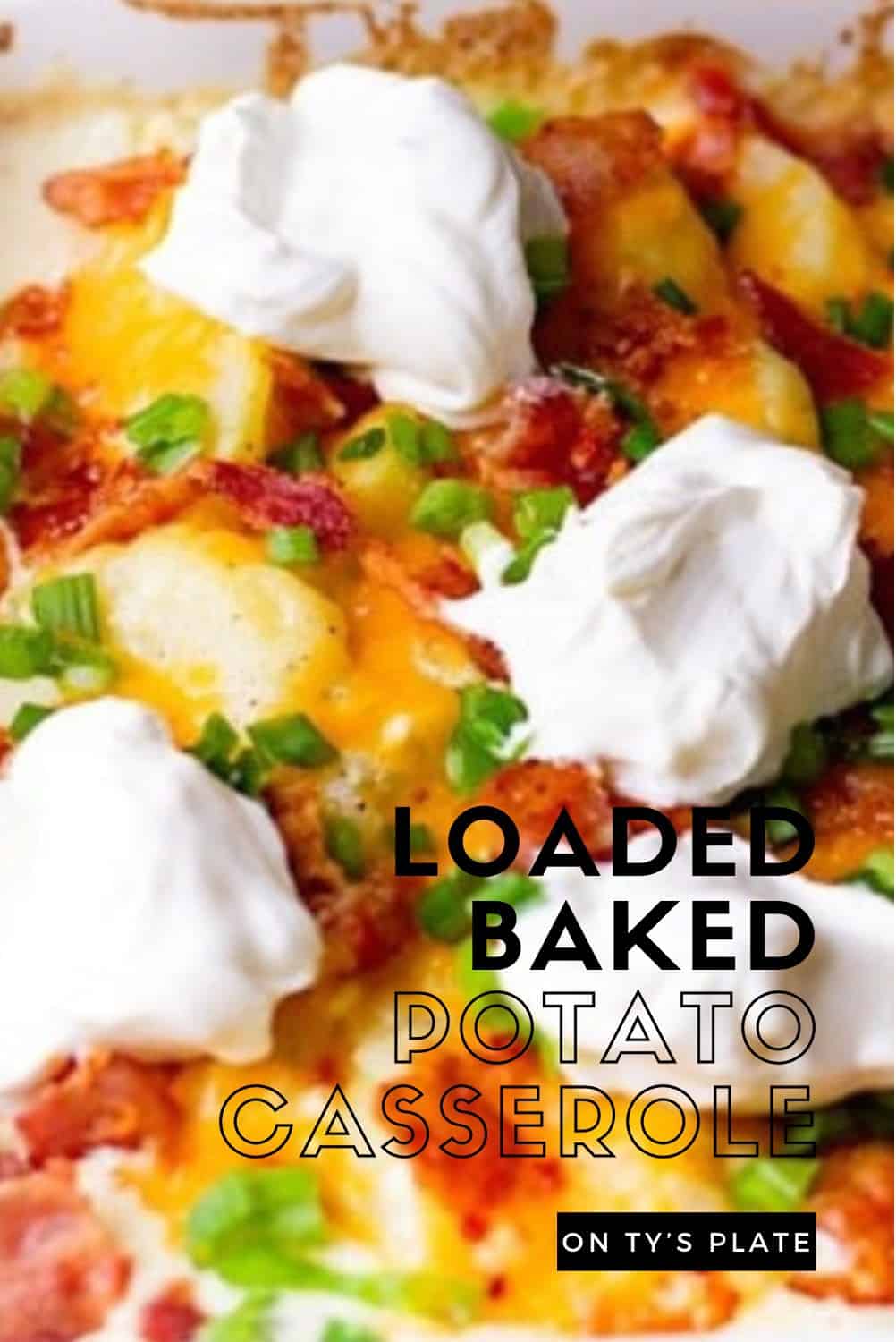 I made the recipe as an impromptu side dish from leftover ingredients from other recipes. It’s sort of a cross between scalloped potatoes and potato skins making it a dish suitable for a family holiday or a super bowl party. All of that bacon and cheese and sour cream on top of thick slices of potatoes in a luscious cheese sauce.

This casserole takes all of the great elements of a loaded baked potato and tosses it all together in a ridiculously rich cheese sauce.

How to make baked potato casserole

You start by boiling unpeeled potatoes until fork tender. Slice the potatoes pretty thick since they are already fully cooked so that they hold their shape. Layer the potatoes in a baking dish and set them aside for later.

Next, make the sauce by crisping the bacon slices in a large skillet. Drain most of the fat and sauté the onions adding butter. Sprinkle in the flour and whisk to create a roux. Let it cook for 2-3 minutes. Pour in the chicken stock and whisk. Follow with the cream cheese whisking thoroughly.

Once the cream cheese has melted, add the gruyere and milk stirring consistently. Season to taste with salt and pepper. Pour the sauce over the potatoes. Bake uncovered for 25 minutes at 375 degrees. After 25 minutes, sprinkle with cheddar cheese and return it to the oven until the cheese has melted.

Remove the dish from the oven and top it with bacon crumbles, sliced scallions, and a generous amount of sour cream.

Almost anything! I like it with wings but as I said, it’s suitable for practically any occasion. Try one of these tasty recipes!