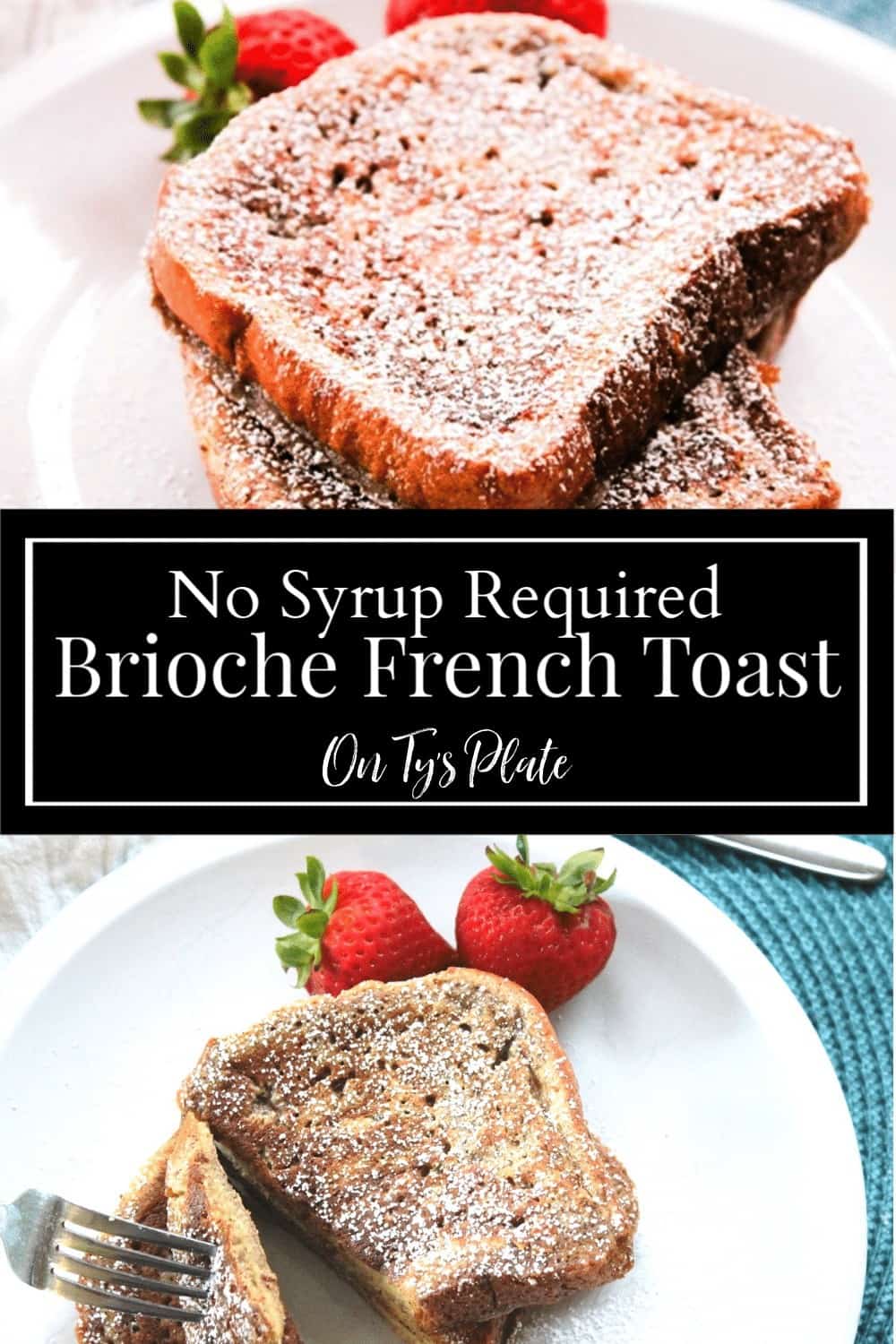 This recipe for the best Brioche French Toast you will ever eat. The secret ingredient makes it perfectly sweetened, eliminating the need for syrup!

French toast is an easy recipe to master; requiring a few simple ingredients and very little preparation to make. It’s a perfect first recipe for kids and novice cooks. I love that you can change up the flavors with zests and extracts and still have the familiar taste of French toast. It’s adaptable and above all, it is delicious!

For good French toast, you need bread, eggs, cinnamon, and milk. For great French toast, you need rich eggy bread like brioche or challah. Brioche is my top choice because it’s so buttery and sweet. Try my Homemade Brioche recipe to make a loaf yourself. Challah is a nice second choice as it is still pretty rich because of the eggs. Try this easy Challah recipe from The Typical Mom Blog!

If you want amazing French toast, use my secret ingredient—sweetened condensed milk! That’s right, condensed milk. I like to dissolve the cinnamon in the milk before adding it to the eggs. It creates a built-in cinnamony sweetness to the toast when it cooked.

How to make Brioche French Toast

Start by adding the cinnamon and salt to the condensed milk in a small bowl so that it dissolves evenly into the eggs.

Next, in a large bowl, beat the eggs with the vanilla extract then pour in the cinnamon mixture. Whisk it all together until the eggs take on the color of the cinnamon.

Soak 2 slices at a time for 5-6 seconds per side. Depending on the thickness of the bread you may have to soak it a little longer. I like using the end pieces as well, which takes a little longer to soak.

Place a large frypan or griddle over medium heat adding 1-2 tablespoons of butter. Shake off the excess egg before placing the slices on the griddle. Lower to control the heat and cook for 3 minutes per side.

We tend to have this recipe topped with whipped cream and fruit but powdered sugar is just perfect. But if you must have syrup, try my recipe for Homemade DIY Pancake Syrup. 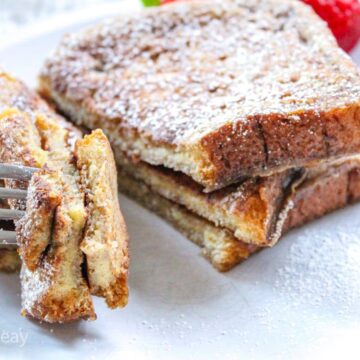 * Because brioche is usually sliced thick, it may take a longer to soak than regular white bread. Just don’t let it sit for too long on either side or it fall apart. ** Be sure to not over crowd the griddle or they will stick together.