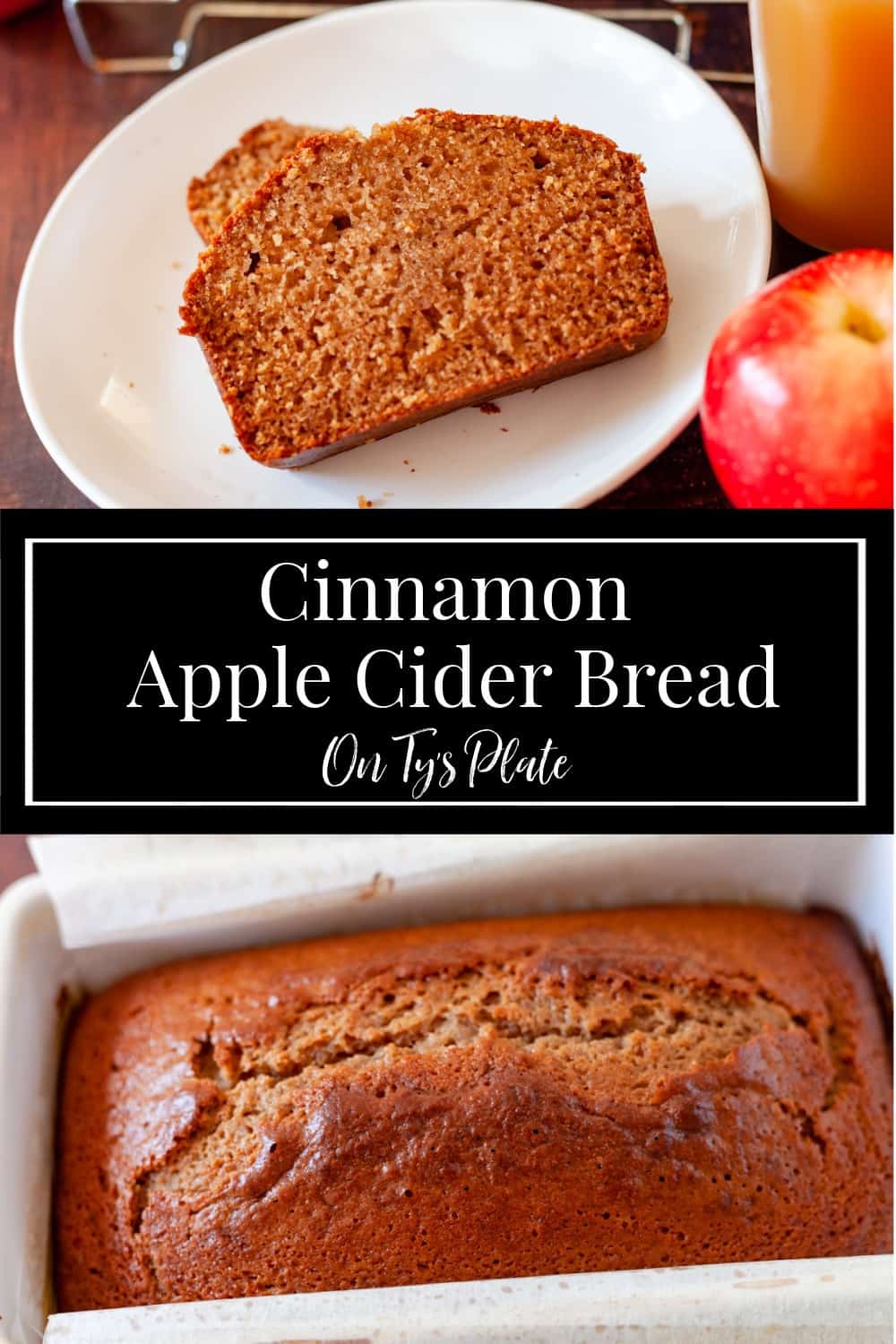 Cinnamon Apple Cider Bread —an easy quick bread made with cinnamon, apple cider, and vanilla yogurt for a moist crumb.

This Cinnamon Apple Cider Bread is a my answer to banana bread in the fall. It’s the perfect recipe to incorporate autumn flavors like cinnamon and nutmeg. This delicious bread is made with sweet cinnamon apple cider and vanilla yogurt for a moist crumb. You can serve it as a breakfast and brunch item or even as a dessert with cider and tea. It is literally a slice of autumn in bread form.

This apple cider bread loaf rises beautifully and is moist and fluffy. It’s not dense or cakey like some quick bread can be. The secret is to add baking soda to acidic ingredients like milk or yogurt. Adding the baking soda to the acidic ingredient releases carbon dioxide, much like yeast does in baked products. The result is a fully risen non-dense recipe. This is the method that I use now for many of my quick bread recipes including my Olive Oil Banana Bread, Pecan Streusel Banana Coffee Cake Muffins, and Apple Raisin Toasted Oat Muffins.

The first step in making this bread after measuring out your ingredients is to add the baking soda to the yogurt. Do this just before pulling the recipe together and set it aside. In a bowl, whisk together the flour, both sugars, baking powder, salt, cinnamon, and nutmeg.

Next, add the canola oil, eggs, and vanilla yogurt. Pour in the apple cider then beat the batter until smooth; don’t over mix.

Pour the batter into a prepared 9×5 loaf pan. Bake at 325° for 1 hour or until the center comes out clean. Check for doneness around 45-50 minutes and every 5 minutes after until fully baked.

Allow the apple cider bread to cool for 10 minutes before removing it from the pan to cool on a rack.